WE BUY & SELL CARS FOR CHARITY

QUALITY CLASSIC CAR SALES WITH A PASSION FOR CHARITY

American Classic Rides (ACR) is a unique classic car company. The company was created to make buying and selling of classic cars an informed, trustworthy and seamless process for people who love cars.  We give back to our community as we are passionate about helping others.  ACR donates 100% of our profits back to individuals with disabilities helping them to lead independent lives. ACR partners with 3rd party organizations that assist medically complex children, adults with disabilities, veterans and the senior citizen communities.  We also loan our cars to these organizations for a variety of fundraising events they can facilitate.

The ACR team has made these cars functional and affordable and have taken the headache out of buying and owning them. Feel confident in knowing any car you purchase from us, we stand behind our work and donate our profits to assist disabled individuals in need.

WE BELIEVE CARS ARE MEANT TO BE DRIVEN 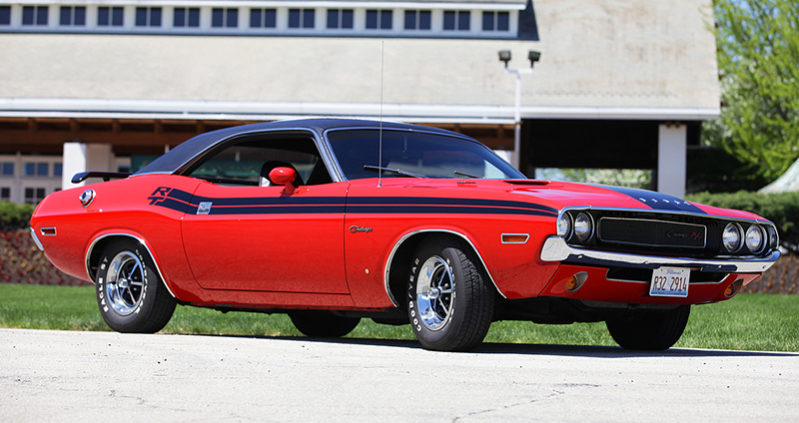 American Classic Rides was started from a place of passion, frustration and compassion.

Over the years, American Classic Rides has owned and operated over 200 vehicles in their private collection. They have been utilized for personal rentals, media photo & video productions, commercials, weddings, charitable events, and the list goes on-and-on. Owner Patrick Hurst firmly believes that American cars from this era (1955–1972) should not be sitting in garages or waiting for car shows. They need to be enjoyed and driven by everyone who wants the experience.

Types of vehicles in the collection:

These cars were built when American cars were on the leading edge of the automotive world, in both style and technology. Dreams were built on these cars. America was built around these cars, and we should give the next generation, our kids, the opportunity to experience their greatness and relive the heyday of American classic and Muscle Cars.

Friends and family started asking us to find and purchase their dream car. We were finding that one of the obstacles for people to get their dream car was lack of certainty on how to go about the search; Ebay, auctions etc. as well as being uncomfortable with knowing the price to pay and whether they were getting ripped off.

We use our cars to help others by offering them for charitable events and also donating 100% of our profits to charitable organizations. ACR strongly believes in giving back to communities and sponsoring not-for-profit endeavors. Charities utilize the vehicles in auctions for fund-raising and specific cars have been donated to local schools and charities. We are always open to new ideas on how to utilize the cars to support organizations and individuals in need.

THE HISTORY OF AMERICAN CLASSIC RIDES

On March of 2010 I went to an auction with a friend and purchased five cars; a 1957 Chevy, a 1970 Chevelle, a 1970 Oldsmobile Cutlass Pace Car, a 1953 Chevy Pick Up and a 2002 Dodge Viper. Family and friends enjoyed driving the cars. Several months later, 14 more cars were purchased. The 19 cars had one thing in common; they were all American muscle and classics, since the vehicles ranged from a 1940 Packard to 1967 Chevelle Pro Street with no make or model duplicated. With 19 cars purchased rather unexpectedly we had to keep the cars on the driveway and in neighbors’ garages. I was amazed at how much neighbors and friends enjoyed looking at and driving the cars. And after almost ten years of living in the same house I finally met all our neighbors.

Discussions started on what were the best American classic cars, and eventually what would be the ultimate American car collection. I decided to build a collection, but I liked so many of the cars I decided to try and get one of every great car from 1960 to 1972.

Six months after the “Original 5” purchase, I bought 27 cars in a weekend. My wife indicated, strongly, that this group of cars would not be welcome on the driveway and I needed to find a place to have them delivered that did not involve our neighbors. With five semi-trailers coming to my house in three days we needed to find a warehouse.

With the enthusiasm generated from everyone who saw and drove the cars, came the idea of adding more to the collection and making them accessible for people to drive. We decided to build an Ultimate collection, adding every more cars so that everyone can regain the experience of driving their favorite car or the car that got away.

Aside from defining the type of cars, years, specifics etc., I felt that the ultimate collection had to be diverse, to incorporate the wide variety of classic styling; drivable, so that every car was actively being driven; accessible to a  large number of people and that the cars to be considered in an ultimate collection they needed to facilitate a charitable causes. I would like one of every make and model of American vehicle from 1955 to 1972.

See you on the road,